Best 10 most expensive Patek Philippe watches you should buy with bitcoin in 2021 September 14, 2021 – Posted in: Uncategorized

When it comes to standing the test of time, Patek Phillipe is a watchmaker that comes out on top with its highly intricate, specialized designs continuing to excite the world’s most avid of watch collectors.

The luxury brand, founded in 1839 in Geneva, is known for its one-of-a-kind pieces and small-batch limited editions which fetch top dollar and deliver unsurpassable returns on investment.

For instance, the Grandmaster Chime, which was released to celebrate 175 years of the manufacturer, went on to be one of the most expensive wristwatches ever sold.

There were only seven made, one of which is displayed in the Patek Philippe Museum in Geneva, and they took a staggering 100,000 hours to handcraft with 20 complications and six patented innovations.

Its unique feature was its front and back dials – one salmon-coloured, the other black – that could be flipped or reversed.

But even their regular models showcase great investment potential: for instance, the Philippe Nautilus 5711 is currently reselling for up to 900% over its $34,893 retail price.

This July, one with an olive-green face sold for nearly half a million dollars at an auction in Monaco. After taking into account the auction house’s 25% buyer’s fee, the final price was almost 11 times the original price.

Along with wristwatches, the firm is known for its covetable pocket watches. These are among the most expensive specimens of their kind sold at auction. The Henry Graves Jr. Supercomplication (named after the New York banker who commissioned it in the early 20th century) sold for $24 million at auction in 2014.

A symbol of living the high life

Patek Philippe is by no means the oldest watchmaker, with Longines, Gallet & Co, Breguet, Vacheron Constantin, Favre-Leuba and Blancpain are among its predecessors, but over the decades has established it as one of the most premium and specialized brands.

It has an impressive client list, with world leaders and Hollywood stars lusting after Patek’s sophisticated designs. Auction house Christie’s says that ‘Patek Philippe collectors aren’t like other watch collectors’.

It continues: ‘They aren’t flashy; they don’t have to be. That’s because Patek Philippe’s understated elegance bespeaks confidence.

‘Simply put, Patek owners know that they have the very best in craftsmanship, heritage and design sitting on their wrists — and once you’ve owned a Patek Philippe, nothing else will do.’

Vladimir Putin and Nicolas Sarkozy both own Patek Philippe Perpetual Calendars, while the Nautalis has become a firm favourite among celebrities seen on the wrists of Brad Pitt, Drake, Ed Sheeran and more.

An annual report released this year by Morgan Stanley Research in collaboration with Swiss watch industry consultant LuxeConsult revealed the market share and turnover for the top luxury watch brands in 2020.

Patek Philippe came in at fourth place behind Cartier, Omega and Rolex, with an estimated market share of 5.8%. In 2020 it generated an impressive turnover of almost $1.23bn from the sale of only 53,000 units.

The 10 most expensive Patek Philippe watches you can buy

The most expensive models you can currently buy on JamesEdition are the Grand Complications and the Nautilus. 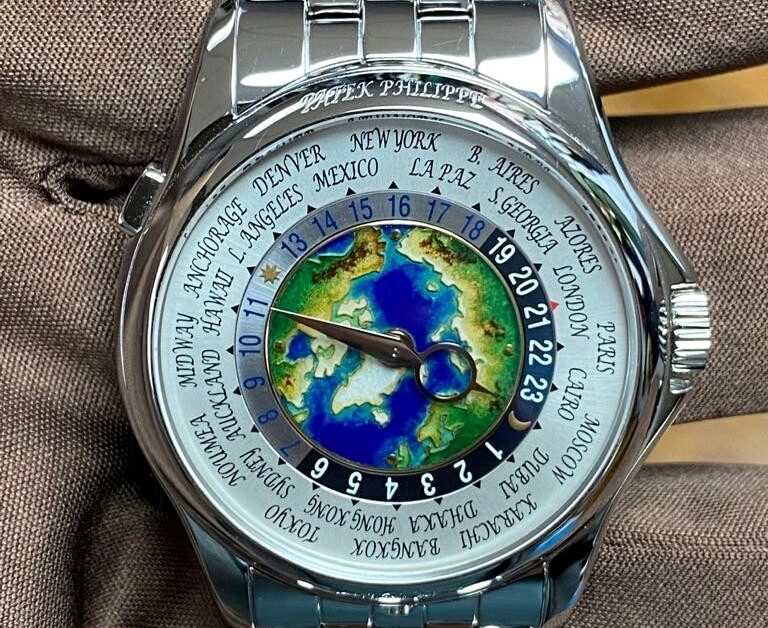 This is one of the most affordable models from the Grand Complication line. It features a platinum casing with a beautiful background showing a globe. The names of different countries are etched around the watch face, allowing the wearer to tell the time in different parts of the globe, from Auckland to Moscow. 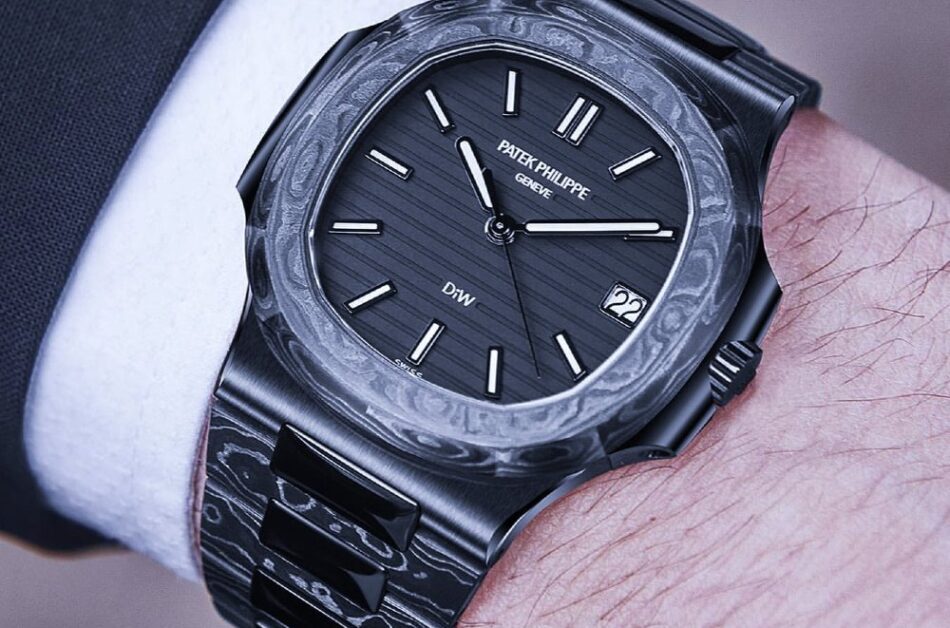 This slick all-black timepiece, which reimagines the classic stainless-steel design of the Nautilus in carbon fibre, is one of the lightest Nautilus models made. The Black Grail Project took 10 months of development and there were only five pieces made. 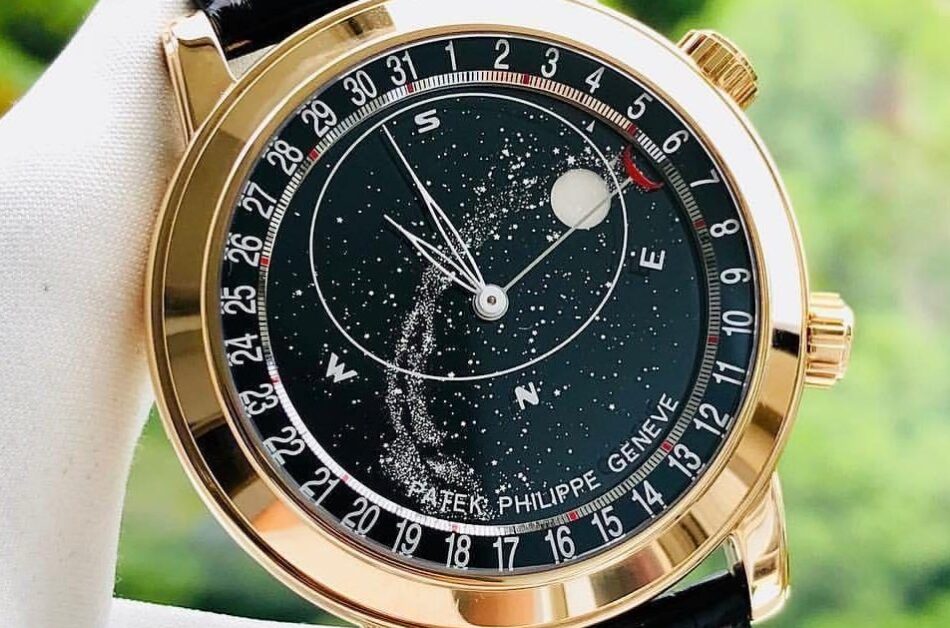 Any avid collector would be over the moon with this timepiece. This Grand Complications Celestial edition was inspired by the solar system. It features a black face with the milky way running through it and a tiny moon on the end of the second dial. Other details include a rose gold casing and an alligator leather strap. 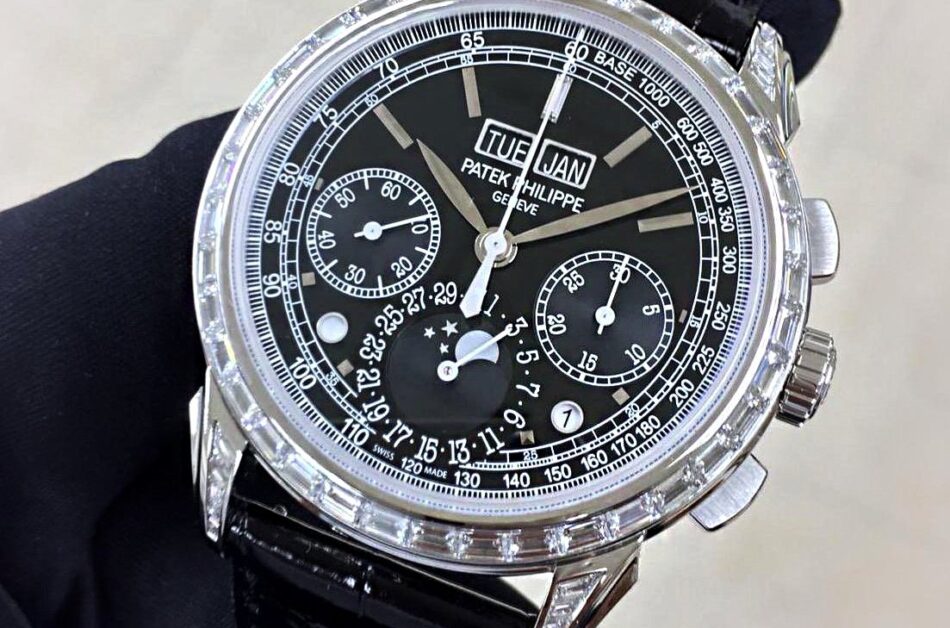 The Patek Philippe 5271P, is the watchmaker’s in-house perpetual calendar chronograph, but this one features a platinum casing with diamond detailing and a black dial. It features a manually wound mechanical movement, a black lacquered dial, one baguette diamond at 12 o’clock and a platinum casing. 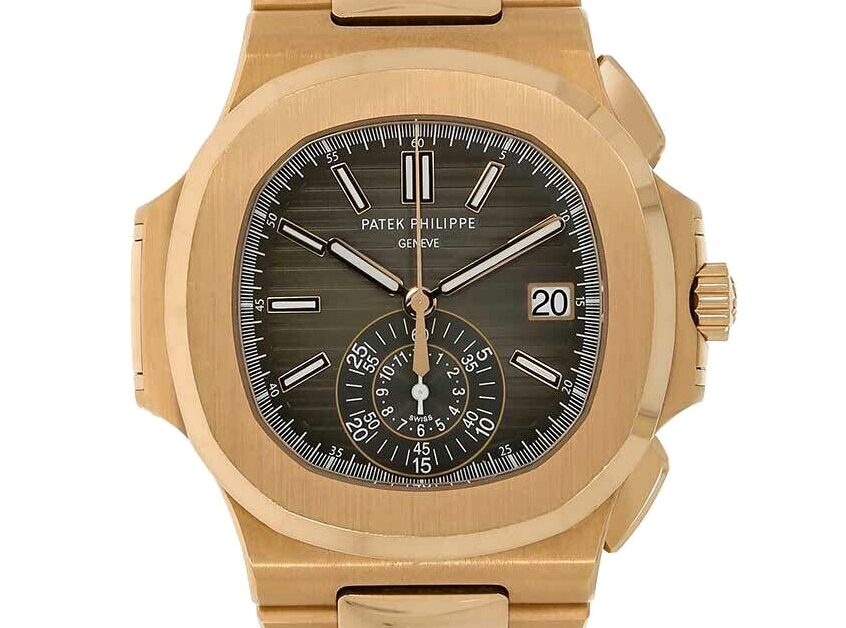 Collectors will be sure to heads with this exquisite Patek Philippe 5980/1R-001 watch made of 18 karat rose gold with a double fold-over clasp. This model houses a self-winding automatic movement with a 55-hour power reserve. The watch face is black with raised gold applied luminescent markers, a chronograph sub-dial at 6 o’clock and a date display in the 3 o’clock position. 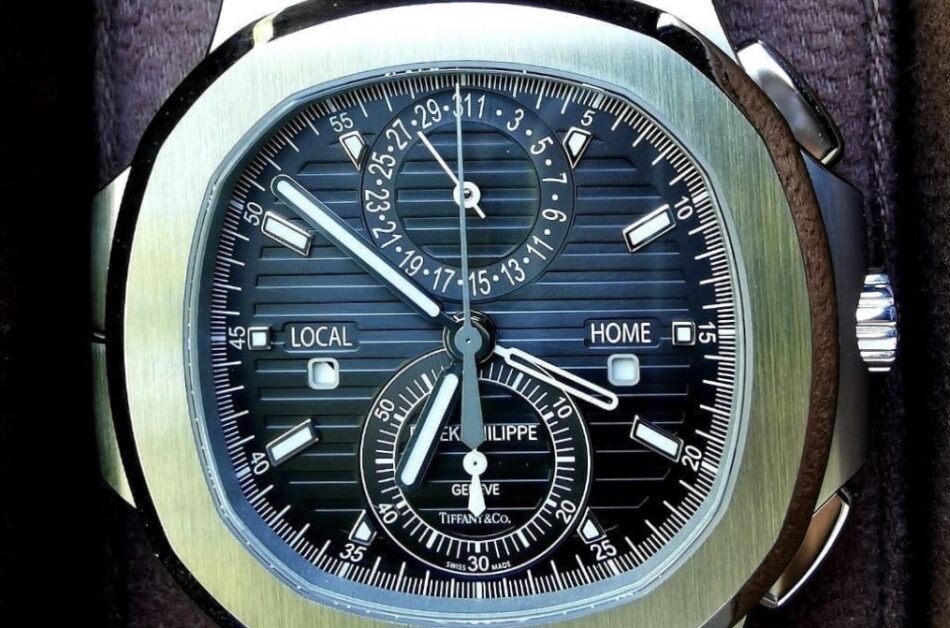 Tiffany’s partnership with Patek Philippe began in 1851, when Antoine Norbert de Patek, seeking the world’s finest retailers for his timepieces, met Charles Lewis Tiffany at his store in New York. With a simple handshake, the jeweller and watchmaker established a relationship that endures to this day. This special edition Tiffany & Co and Nautilus edition features a steel case and an automatic self-winding movement. 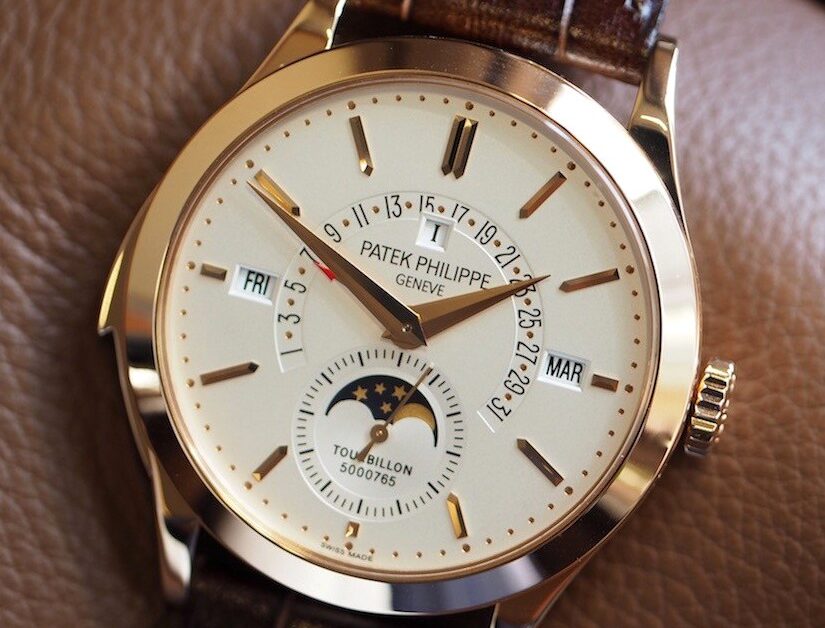 This timepiece is a reinterpretation of the brand’s most iconic Grand Complication models and it features three standout complications; a tourbillon, a minute repeater, a perpetual calendar and a retrograde date display. It also has a slightly larger case in 18 karat rose gold modelled after the 1930s Calatrava 96 model. 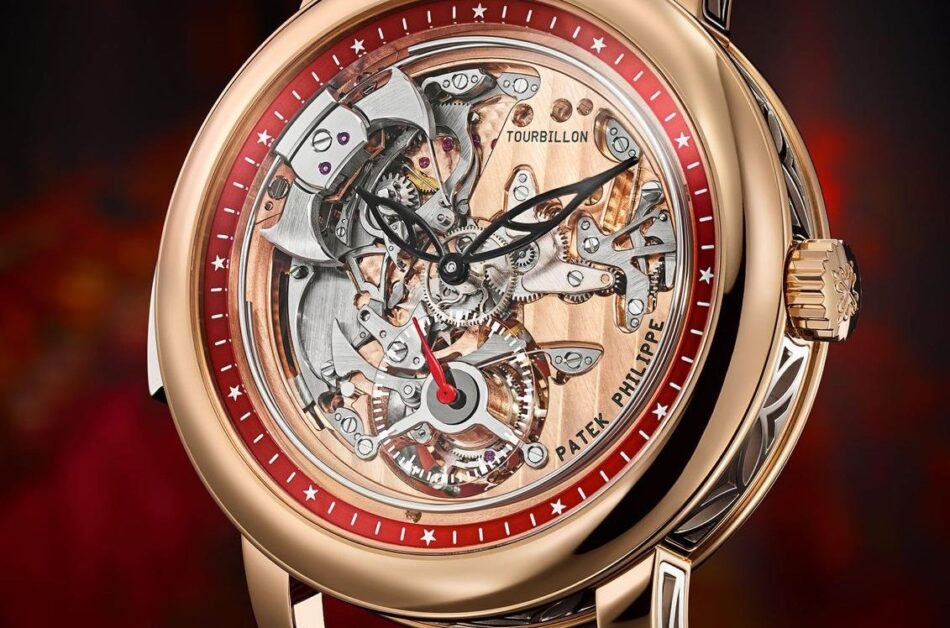 This new grand complication was created ‘explicitly for connoisseurs of striking watches’. It stands out with its open architecture that allows the minute repeater mechanism, including the hammers and gongs, to be seen in action while the watch is being worn on the wrist. It has a manually wound movement, a rose-gold case and white-gold intarsia engraved with foliage motifs. 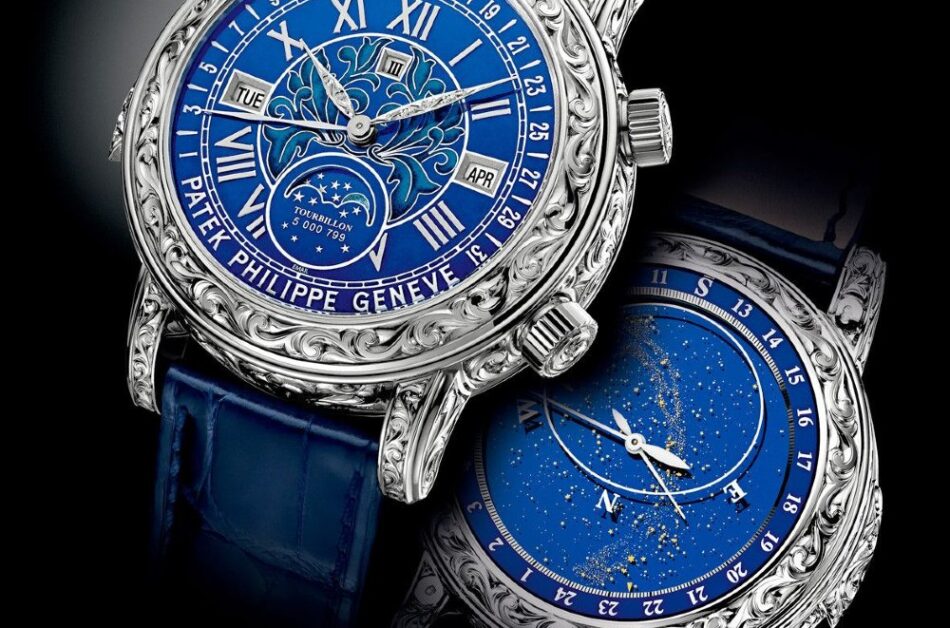 Patek Philippe’s Ref. 6002 Sky Moon Tourbillon is a double-face wristwatch that features extraordinary mechanisms with 12 complications and705 parts. Other highlights include a stunning hand-engraved case in white gold, a dial in cloisonné and champlevé enamel. 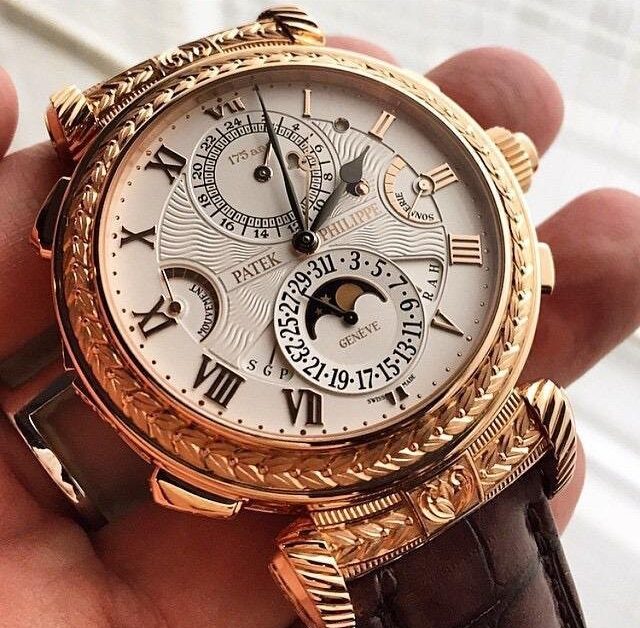 This is the same model that was sold for the world’s highest price in 2019. The limited-edition timepiece was released in 2014 to celebrate Patek Philippe’s 175th anniversary. Only seven examples of this Ref. 5175 commemorative Grandmaster Chime watch with a hand-engraved rose-gold case were made, one of which can be admired by the visitors of the Patek Philippe Museum. The watches feature many complications and parts (1,366 for the movement, 214 for the case) and many functions including a minute repeater, an instantaneous perpetual calendar with a four-digit year display, a second time zone, and an acoustic alarm which is a patented design.